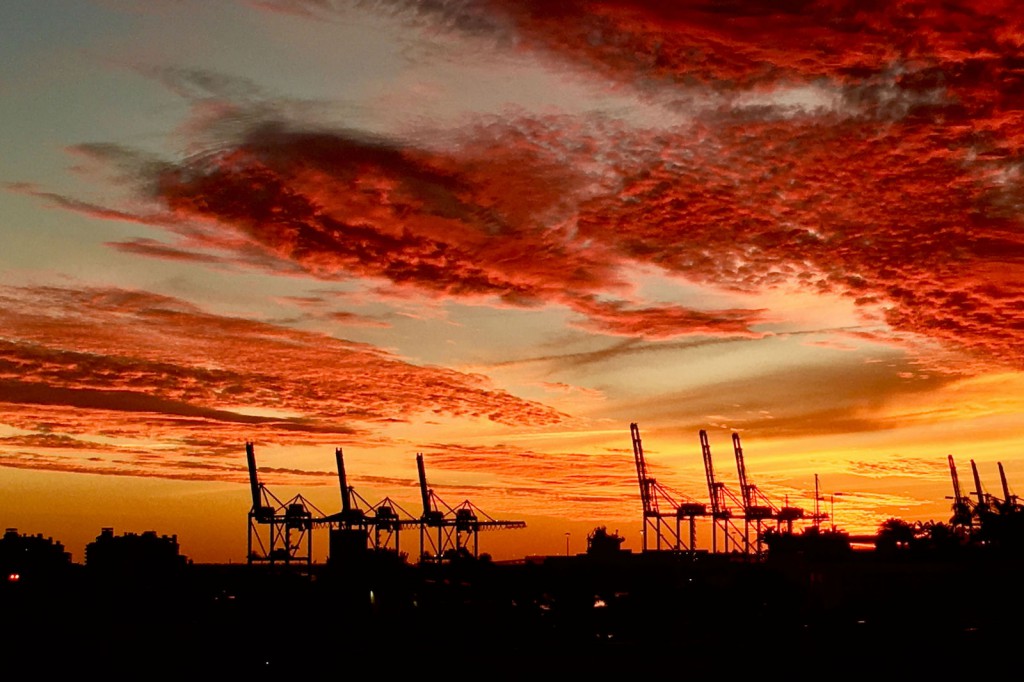 As I sit on the couch in our Miami home away from home, with the balcony door open and the breeze coming in, looking back on 2016, I can’t help but wonder where the year went. In some ways it was the best year of my life, but it in others I couldn’t even tell you what happened. That’s not to say that anything went wrong, but man was it a whirlwind of activity. I looked back on last year’s post about what we wanted to accomplish in 2016 and we did pretty well on most things. We are in better shape now than we ever have been, albeit it’s not because of boot camp but because we f a personal trainer. We eat better than we ever have, not because we have expanded our cooking skills, but because we have simplified them. We are better photographers, not because of any dedicated learning but because it was something I was constantly playing with. We got all the big house projects done, including the master closet two days before Christmas. The one thing that we didn’t do was slow down. At all. Maybe 2017 will be that year, or maybe it will be the year we finally realize that we don’t actually want to slow down.

Maybe that’s the reason every year seems to get busier than the last? Maybe 2017 will be the year we actually pick up the blog again, instead of just saying we will. Or maybe it won’t. The one thing I do know is that I love being able to look back at the previous year’s goals, so I wanted to put my thoughts for next year down. We seem to do a good job of accomplishing goals, just not in the way we thought we would.

So what does 2017 look like? Well for starters, we always want to be more physically fit at the end of the year than the beginning. The current plan is to stop using the personal trainer in May or June, so our biggest challenge will be motivating ourselves to work out on our own. Frankly, that has always been our biggest challenge, so if we falter early we will just pick back up with the personal trainer, but the goal is to be able to do it on our own.

On a similar train of thought, we have both settled into a diet that is sustainable and healthy. The biggest tenant of that diet is to hit your macros, which means that ratio of carbs, protein, and fat that you intake. Hitting the right ratios allows your body to do everything it needs to do, and keeps you from feeling hungry throughout the day, which helps in staying on diet. We’ve been doing this fairly successfully for 4 or 5 months at this point, but we’d like to get even better at it. Even nights that involve a drink or two need to be accounted for within the macro plan, and if we can hit our macros everyday, along with the workouts, there is no doubt that we will look better than we ever have by the end of 2017.

We want to start teaching Phoenix a vocabulary of toys. Yet another thing we have traditionally not kept up with well, Phoenix has gotten to a point where mental stimulation is just as important as physical exercise. Without the mental stimulation, even with a walk and a run, she is waking up in the middle of the night. An easy way to keep her mind sharp is to have her go find things by name. Currently we are working on her favorite toy, her raccoon, but we hope to be able to teach her one word per month so by the end of the year she will know 12 toys.

After roughly 18 months of living in the house, we should finally be at a point where there are no more big “projects” to be done. That means that we should finally be able to stay within our budget, which is something that we have gotten away from since the new house became a thing. There will always be unexpected surprises along the way, but we are going to do everything we can to fit those into the budget as well. Looking back on 2017, I would love to hit all of our savings goals, not because we lucked into unexpected income but because we stuck to the plan.

One thing we’ve said before, and I’m not putting a measurable goal on this for a reason, but we want to pick back up with the website. In the last year, we’ve posted 3 times (not including this one), which is a pretty poor cadence. It is always nice to be able to look back on the blog posts when a question comes up about we did, when we did it, etc. Think about all we did in 2016, and we have no blog posts to show for it. 17 days in Europe, a spontaneous trip to Napa, Balloon Fiesta in Albuquerque, the 1st Annual Kentucky Derby Party, and more, all of the in the moment thoughts and emotions of those things are lost, and I don’t want that to happen again.

Finally, as always, I want to improve my photography skills. The amount of improvement that I can see from the beginning of 2016 to the end of it is amazing. But I didn’t do it with any sort of goal or path in mind. Some of it was self-taught on the internet just because, some of it was because I didn’t know how to do a very specific thing that I sought out to do, but none of the improvement came from any sort of structure. They say perfect practice makes perfect, and if you don’t have a real goal in mind, it’s hard to work towards it. With that in mind, I am going to be challenging myself in a couple of different ways. The biggest way is to not shy away from using my iPhone anymore. I have a camera in my pocket at all times, and while I might not be able to fully control it like I can with my D750, my biggest hurdle right now is vision and not technical skill. Beyond that, I have a few books and classes that I want to go through, with purpose, and I will most likely be putting those endeavors up on my photography website – charlesfolsom.com – so if you are curious to check on my progress, go there periodically.

That’s enough to focus on throughout the year, and I didn’t even bring up Wandering WiFi, which will be a major focus for both of us. If we can look back on 2017 at the same time next year and accomplish everything listed above, while moving Wandering WiFi forward, it will be a great year.